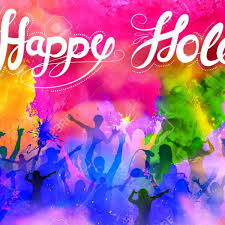 1. Who is Hanuman to CM Uddhav Thackeray I don’t understand. Please help.

D. Retired from the BMC yet posted at the CMO, Sudhir Naik.

E. New entrant Satish Geete, who was at the MC office till yesterday, now as OSD to the CM.

2. Whom does Sharad Pawar trusts blindly?

B. MLC & Treasurer of the party, Hemant Takle

A. Is a lion hearted man

B. Keeps a distance from all the IPS groupings, but yet very close to everyone.

D. will get an extension, just like Sanjay Barve his predecessor did, for 6 months when he retires in 2022.

B. to take his morning walks around Anti Corruption Bureau at Worli and winks whenever he sees the watchmen.

D. Ignoring what his friend Jayant Patil speaks behind his back.

5. Minister Jayant Patil is proud of

B. He swore from the NCP as the 1st Minister ahead of Ajit Pawar, thus showing his importance in the party.

6. Who is the angry young man of ShivSena but out of the race now.

A. When his car touches Pune after finishing the Munbai-Pune expressway

B. When his friend “Himanshu Shah” brings him goodies to eat at Vidhan Bhavan everyday.

C. When father-in-law Avinash Bhosale gifts him Rs. 1100/- as a blessing on Diwali in an envelope.

D. When he sees progress of Satyajit Tambe.

8. In bureaucrats, currently, (IAS) whom does the department fear the most?

A. To call Bhushan Gagrani and ask him to buy something from Harrods, London, every time he visits there.

C. When Minister Nitin Raut begs for ‘his people’ to be posted as Secretary/MD/CEO in his Department

D. When someone asks him why is he wearing Blue coloured shirt all the time.

10. Which Jouralist(s) according to you is “having time of his life” in the MVA government

A. The English print media wallah’s…

D. All those who have clicked photos with the CM and posted on Facebook

E. None of the above.

11. Who inspite of being ‘snubbed’ is to be seen enjoying the new posting?

B. Minister Hasan Mushriff says,” From tomorrow I will be on weight loosing spree”

C. Praful Patel confides of not being able to earn much in life.

D. Supriya Sule gets random awards at the Parliament

13. When did you see last ACS Housing Sanjay Kumar content.

A. When he was told by “Bunty” that he will be the next Chief Secretary come what may.

B. When his friend “Hiren Patel” visits his house with bags full of goodies

C. When he watches Bihari movies

D. When he speaks fluent Marathi.

A. Giving instructions to a contractor what all is needed in the kitchen on daily basis at her bunglow.

B. selecting sari’s in a shop.

15. Who in spite of making few bucks the wrong way and being caught, still walks in and out of Mantralaya with head held high.

D. All of them mentioned above

16. Which according to you is “not understood” strategy of Minister Aditya Thackeray?

B. Not partying or chilling with his “young MLA friends”. He is surely maintaining distance with them.

17. Whom can you often find at Starbucks/MaCafe at Inox (CR2) chilling even when the Budget /Monsoon session is ON?

C. that PA of ex cmnPrithviraj Chavan, who colours his hair jet black, the colour oozing out of his side-locks even after 3 days, Gajabhau.

E. Mr. Darade drives from Pune to meet his wife Pallavi there.

18. Who according to you is the “Gully Boy” of Maharshtra Politics?

19. The other day Ram Kadam was talking on “Philosophy of life” near the steps of Vidhan Bhavan. What should we do?

B. I should have seen which businessman was standing nearby. He is known to make impression even with his chubby boy looks.

C. Sign a petition to confer him Padma Bhushan.

20. What must be going through IAS Sanjeev Jaiswal’s mind whilst he meditates as we read this.

B. Next time around, I will never help any of my staff’s working below me.

C. I should have gone to the CMO or UD 2 years back when Fadnavis was CM.

D. Who are the people who are spreading the news, I don’t earn in per sq. feet, but in per square inch.

21. What is being considered in IPS department’s think tank these days.

A. To reinstate with a respectable posting to Brijesh Singh.

B. How to bring Sadanand Date at the ACB now.

D. How to teach every IPS officer to write a book and win many hearts just like how Manoj Sharma did.

22. If there are Marathi’s, Bihari’s, Punjabi bureaucrats we have South Indians too,  now tell me who comes across as the most loveable person as he/she actually is…

23. Which appointment of IAS was a shocker for all of us?

A. Sonia Sethi at MMRDA

B. Vinita Singhal at Filmcity

24 Which bureaucrats/politician/contractor’s son/daughter wedding made everyone go back to their young age hobby of “painting” after seeing the richness and celebrities in attendance.

A. Get back to be friendly and alter his ego with Khadse, Tawde, Pankaja & Ashish Shelar.

C. Start a side business, to earn more than wife Amruta.

Wishing you & your family a Very Happy & Colourful Holi,