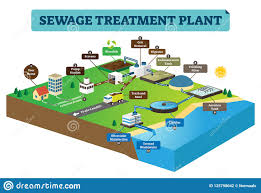 Before
I begin the 5th part expose, one thing has really shaken me. I happen to lay my
hands on of a chat group (Mantralaya Secretaries) wherein all the top IAS of
our state are part of the group. Arvind Kumar, Additional Chief Secretary,
has revealed some shocking information about
his own colleagues & ex-Chief Secretaries D K Jain & Ajoy Mehta. I
cannot write also; such are the words chosen to describe them by Arvind Kumar.
Mind you Kumar is still in service. He has alleged DK Jain had helped Jain
Irrigation get few thousands of crores (almost more than 50% of budget
allocated for the dept) when he was in service. For Ajoy Mehta, he has asked him to have some
kind of self-respect & quit immediately, which many of the
bureaucrats are talking behind his back to me too. But if anything of this sort of DK Jain is true,
it should be investigated. Oh yes, before
I conclude–Drive-in-Theatre at Bandra East has been transferred to a Private Party,
alleged Kumar. More Power to Arvind Kumar. Only if he chooses his words
correctly, I’m ready to stand by him and expose whatever he gives me, though
with ample investigation…


It seems that all is not well in
paradise. According to the latest news, it seems a senior Cabinet Minister from
Congress has set loose the cat amongst the pigeons. He has not written one but
two hard hitting letters to the Municipal commissioner highlighting every major
fault in the STP bid and its repercussions on the MCGM exchequer. Knives are
also out in the NCP camp and my information confirms that the lady Corporator
who represents NCP in the corporation also has shot a letter on the same lines.
Congress has taken a tough stance and not willing to budge as it feels such glaring
discrepancies in the current STP bid will be a fodder in the hands of the
opposition especially when the elections are round the corner.
The real reason however is that
Congress seems to be rather miffed in the brazen manner in which the
Thane Business-man is operating without
taking the partners in confidence especially that partner who has 30
Corporators to its credit in the current fractured house in the MCGM and who
has recently helped the Shiv Sena safely sail through filling important positions
in the standing committee. NCP is quietly watching the game being played on and
expected to jump in at the right time. I think no prior training was given to
the Thane Businessman to deal with national parties and
now he is caught in the eye of the storm. Can’t actually blame him as he has
bitten more than he could chew, his prior experience in handling a small
corporation for his boss is way too small as compared to the massive department
of UD. His dealings & working style has not gone well with many a bureaucrat
working under the UD department and many don’t heed to his directives and
prefer to validate the same from the CM. He therefore relies heavily on the
other affluent influential Businessman from Pune who has very slyly
got all his YES MAN posted in all important bureaucratic position.
Yes, this also couldn’t have been
possible without help from the Pune Businessman’s closest bureaucrat friend who is the de-facto
CM of the state. I as such wonder whether the so-called tiff between the CM and
the Pune Businessman is a figment of imagination or
a facade as it is, he who is actually calling the shots though through his
proxies like the Thane Businessman.
All those bureaucrats who have not taken his blessings are either been benched
or have been purposefully given side postings. This was never the case earlier,
postings to important positions were done on merit and capability of the
officers and not on their loyalty towards a single individual. God save
Maharashtra.
Thane Businessman is also torn between his blinded affection
towards the opposition and trying to prove his loyalty towards the ruling
party. Slowly the mask is fading as to on whose side he actually has the
loyalty which has become another troublesome factor for him. According to my
sources, to prove his loyalty he seems to have given some abnormal commitments
of which STP is on top of the list. And to add to his worries the figure which
he has committed has supposedly been leaked to the other partners of the government
& by the same selected contractors who owe their allegiance to other
partners. So much for management and secrecy!!!! Now it won’t be called a
mistake na, if the other partners also want a piece of the pie. Love is all
about caring and sharing, isn’t it? The only difference is that instead of one
partner earlier there are two now, and those two who usually eye the entire
pie.
Now how this event will unfold will
be worth watching in the coming week. Whether sharing and caring will save the
day or many cooks spoil the broth is what needs to be seen?
My advice though to my bureaucratic
friends would be to be extra cautious especially when you see a political storm
brewing because history has shown that when the storm passes it’s often the
bureaucrat who is left to clear the mess or more often blamed for the mess.
Vikrant Hemant Joshi