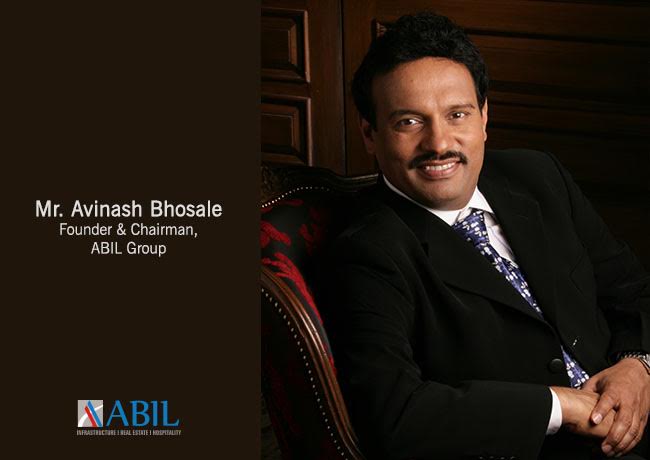 In mine and dad’s combined journalistic experience of more than 40 years, it is difficult to single out who remains the topmost influential person in Maharashtra’s political scenario for a person who is neither a Politician, Bureaucrat or a Journalist. He has to be none of these but yet he has the  power and money like many of these mentioned above. He is who, is at the top of his game, come whosoever at power. Be it the Cong-NCP, be it the BJP-Shivsena rule–the list is not big…there are handful of names that have made their mark with their style of businesses they operate in. Many people would term such influential personalities as Liaisoner’s but friends in India, even though lobbying or liaison is illegal, most of the western countries people have made fortunes in this type of business and they are law-abiding citizens of their countries. When it comes to lobbyist or liaising or in more colloquial terms called as Public relations, no one in our country matches the power of Amar Singh or the Darda family. Then these ‘most influential’ people  might start their career in business either related to politics or as contractors—after some years they often end up deciding many bureaucratic or ministerial changes in the government or sometimes the Government itself. So the one’s who made to my list in Maharashtra lately are Sudhakar Shetty, Jayant Shah, Ajay Sancheti, Vivek Jadhav, Ujjwal Pagariya, Aniruddha Deshpande (Pune), Ravi Rana and so many other MLA’s/MLC’s who day-in-day out are only getting others work done, but at a cost. But the one who takes the cake in contracting, real estate and making himself into another entity altogether and as big as a King of a kingdom– is none other than Chairman of ABIL-Avinash Bhosale.

People including my father have written so many things against him since his start as a contractor during the 1995 Government. My father remembers him in 95/96 sitting outside Shashikant Sutar’s office waiting to get noticed. His then private secretary Mr. Terkar who was my neighbour then can give us 100s of Bhosale’s struggle and successes stories.  People have tired to pull Bhosale down not once, but a zillion times at least. To be friendly with some 1000 bureaucrats, and at the same having excellent rapport with the Pawar’s, Thackrey’s and the BJP top brass is no mean task, which Bhosale has achieved today like none other. Yesterday, I was at Mhada Chariman Uday Samant’s office along with MLC Prasad Lad. The meeting lasted for some 3 hours with Samant juggling between meeting commoner’s along with giving time to us. I was about to leave but a note of visitors lying on the table of Samant attracted my attention. IN the next 15 minutes Avinash Bhosale was slated to meet Samant. Till yesterday, I hadn’t met Bhosale but had heard trillion stories about him and his control in Maharashtra. I asked Samant if he could get me introduced to the man loved my many, but hated by a few too. Samant agreed. Within 20 minutes, walks in a man with dark complexion, firm built and height not ranging more than 5 feet 7 inches. No bodyguards, no PA’s and yes absolutely no air, but yes he cannot be passed off as a common man either too.  Avinash Bhosale had that aura which only likes of Pravin Pardeshi or Ajoy Mehta or a Manukumar have it in them when they walk the corridors of power. The minute Samant (his large heartedness) introduced me as Journalist Vikrant Joshi, Bhosale knew to my surprise quite a few things about me, how my brother’s business is owning coffee chains (Coffee by Dibella) and with locations and he immediately complimented me for the coffee we served was 100 times better than that of Starbucks…Oh by the way he knew my brothers other brand in Pune has started to pick up pace too. I was blown. Then he remembered how I had texted him a Happy Diwali message but he chose to ignore the same and not reply as it was that time around I had blogged about him (negative news) and his role in Mumbai’s DP. But let bygones be bygones, was the first assurance and promise I gave him…

One of Avinash Bhosale’s contention when he met me was that journalists should not disturb ‘wealth creators’. He tells me, why do you people fail to understand that whilst creating this wealth a lot of hardwork, the human hours in a day I put in, the sacrifices I have made all goes in vain when  I see any negative news against me…I argued the nature of business he is in….But he says he has taken in stride all “types” of journalists till now, hence he does not get affected…. He cited that in western countries like that of the US, wealth creators are deeply respected in their societies, but here if someone is a wealth creator, it is often associated with “corruption”. This perception should change here, maintained Bhosale… But I surely had my thoughts reserved for that.

Anyways, that was the few minutes of our interaction but I have promised to meet him more when  I’am in Pune and let this acquaintance grow into friendship. But I’ll tell you, am sure he had visited Samant with some work, again after I left Samant’s cabin I went over to meet my other bureaucrat friend Dr. Pravin Darade. We had just begun to sip our coffee wherein I again saw Mr. Bhosale entering the cabin. It is not important what the work or purpose of visit was. We should understand that a man who is amongst the richest in our state still goes to cabin to cabin to meet everyone personally. Similarly MLA Mangal Prabhat Lodha, another richest person of our country or MEP’s Jayant Mhaiskar or IRB’s Virendra Mhaiskar or builder Vivek Jadhav. See these people set examples for us—that the tree looks good only when it is bent. Modesty and being grounded is their middle name. Else nowadays I see many businessmen, corporates who earn a few crores and think no end of themselves. I have seen “dalaal’s” of Mantralaya, Vidhan Bhavan and BMC roaming in the top designer wears with watches ranging to Rs. 50 lakhs (yes you read it right) and just having no sense of “being grounded”. Then the growth and trust factor of bureaucrats or politicians on these newly rich people is also temporary for such high flying dalaal’s. They cannot become a Lodha or a Bhosale who have earned trust with so many bureaucrats and politicians over years….You cannot become Bhosale overnight…Just for information friends, one of my friend in Nagpur is going exactly the Bhosale way–I called him last week and told him–Bro, If the BJP government remains in the state for the next 3 years, we have another Avinash Bhosale in making–mark my words, friends!!